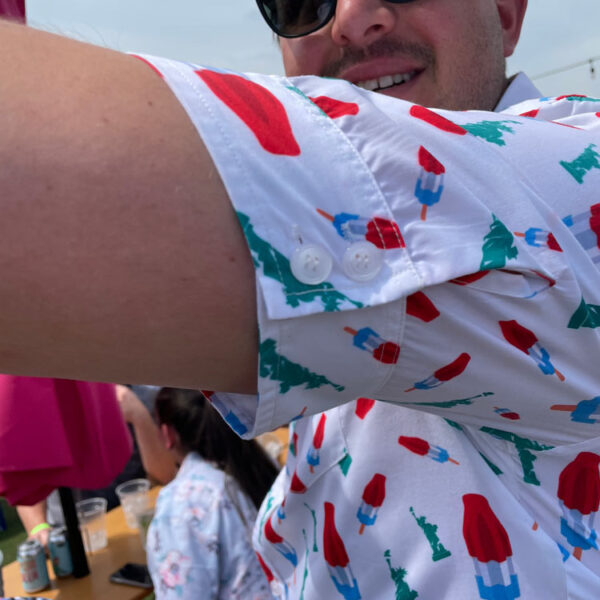 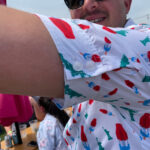 The shirt that started it all! This shirt is the original prototype for Bomb Pops and Freedom, the very first button up shirt released by RSVLTS. Originally created for personal use by RSVLTS co-founder Stephen Gebhardt, the shirt features an early version of the eventual shirt pattern (with the Statue of Liberty in green) and a double-button cuff on the sleeves.

A navy blue version of this prototype was also created, but was never put into production.